Did You Know You Can Mine Crypto With A Tesla?

Your Tesla may be worth more than you think.

Mine on the Model 3

‘Self-driving’ is no longer the most interesting thing a Tesla can do. How about ‘Self-mining’? Yes, your Tesla can be used as a makeshift crypto mining rig. In this downturn, if you own one, maybe it would be worth it to lock yourself in the garage for a while for an unorthdox project.

As Teslarati reported this morning, a Model 3 owner named Siraj Raval has revealed that he has devised the mining rig and makes over $800 a month for his efforts. Apparently, “enough to pay for his Tesla and then some.” Siraj mines “several coins”, using the software, a Mac Mini and the Tesla’s 12-volt cigarette lighter.

Also, of course, he has GPU’s in the frunk (as in front trunk) “that are connected to the car’s internal battery.” He accomplishes this by using Javascript to hack into the Model 3’s CPU. As Raval told CNBC: “It’s much faster, and it’s much more energy-efficient.” The idea is to earn money while the car sits idle.

Because electricity is the main cost of mining crypto, it is the most prohibitive reoccurring cost. Raval claims that mining is much cheaper doing it through his electric vehicle. He told CNBC he has plans to “develop his Model 3 into a full-time mining rig.” But Mr. Raval has further plans to put his Tesla to work. 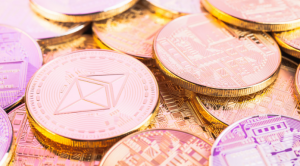 Trending
TA: What Can We Learn From Cryptos Whose Charts Against BTC Looked the Most Promising in 2021?

Raval thinks when Tesla launches their Robotaxi’s, the car will pay for itself by “both transportation services and cryptocurrency mining services” and Raval said he will invest the profits into more crypto. However, some are skeptical of how much you really can yield through putting such an expensive car through the rigors of mining.

While mining Bitcoin is clearly not feasible using just a Tesla, the upgrades to the CPU for the Model 3 over the years have been major. Just last month Tesla “switched from a pokey Intel Atom chip to an AMD Ryzen CPU.” AMD Ryzen chips are the most elite CPU’s on the market. Tom’s Hardware called it a “potent upgrade.”

The upgrade was deemed incredibly powerful. As the report noted, the AMD Ryzen chips are equivalent to what are used in the high-powered gaming console that come in the Tesla Model S Plaid. Tesla is using a custom AMD CPU, so its hard to say exactly what type of Hashrate it could generate, but the below video provides more details.

YE180FC3T4MFG inside Tesla’s new Car Computer is a Zen 1 embedded chip, quad core with 45W, and looks like a variant of the V1807B but perhaps with disabled graphics.

All this is to say, if you own a Tesla and have been rekt in the recent crypto bloodbath, maybe you won’t need to apply to McDonald’s and sell your Tesla.

APECoin Retraces 2.5% In Last 7 Days – More Selloff In The Offing?

How to Play Axie Infinity?