Understanding Crypto Types – Which Crypto is the BEST? By CryptoTicker 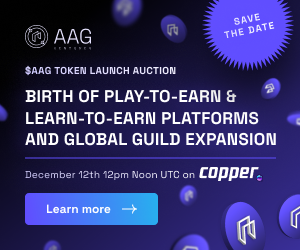 Over the last few years, the crypto market has been touted as one of the most successful in the financial market. This is in no little way the effect of the various digital assets in the sector. A cursory look through the entire market cap of the sector shows that it holds a cumulative total of $1.9 trillion presently. Although the figure was way over this limit, the usual volatility in the crypto market has dealt with tokens, thus pushing their market caps in decline. In this article, we will be looking at the various Crypto types in the crypto market and what they aim to achieve.

Cryptocurrencies are assets based on a digital network whose main usage is for exchange. Although most tokens have become more than intended, most are still used for exchanges. The assets can secure their network and verify individual transactions through a technology known as cryptography. This is also used to check the number of tokens a particular project will send into circulation. Cryptocurrencies are housed on a distributed ledger technology known as the blockchain. One key difference between digital assets and physical cash is that no central entity controls crypto while the Central banks of respective countries control physical cash.

How do they work?

Since most of these tokens do not have a central entity guarding their existence, all activities are done on their respective blockchains. Unlike physical cash or CBDC, the tokens do not have a physical existence. This means that they are mainly virtual and exist only on the blockchain. The price of the tokens is majorly decided by the various activities of traders across the market.

For instance, the value of a token drops drastically when there is a massive sell-off. In the same vein, tokens tend to appreciate when many traders hold the assets. Some miners create a piece after solving some complex mathematical problems. Besides that, traders purchase tokens from crypto exchanges that act as middlemen between miners and traders. Mining is known as proof of work because miners solve problems to create tokens. Another method of creating more tokens is the proof of stake, where users earn tokens for staking a certain amount of tokens on protocols.

Over the years since Bitcoin was created, developers have come up with various tokens. These tokens are used in the various sectors of the crypto market, serving different uses asides from the usual means of exchange. Below is a comprehensive list of the types of digital assets in the crypto market.

Large cap cryptocurrencies are tokens that have a huge market cap which is usually more than $10 billion. These large-cap cryptocurrencies have been very successful in the crypto market, boasting a massive following. In turn, the token’s value has soared, pushing its market cap above the figure mentioned above. Usually, most large-cap tokens take up the top 20 spots in the list of digital assets in terms of market cap. As of writing this article, the assets that fulfill the requirements to be classed in the top 10 categories include Bitcoin ($792 billion), Ethereum ($383 billion), Tether ($78.3 billion). Others are Binance Coin ($75 billion), Solana ($45 billion), Cardano ($41 billion), USD Coin ($39 billion), XRP ($36 billion), Terra ($25 billion) and Polkadot ($24 billion).

The decentralized finance industry is another sector in the overall crypto sector. This industry houses majorly DeFi tokens. One significant difference these tokens hold is that although they are on blockchains, they are run by smart contracts. Smart contracts in the sense that they are written code that guides the activities of the tokens. In the last few years, the DeFi sector has been a market to contend with, catapulting the tokens in the sector to the top of the pick in the market. A list of the top 10 tokens in the decentralized finance sector includes Terra ($25 billion), Avalanche ($21 billion), Chainlink ($12 billion), Wrapped BTC ($11 billion), and Uniswap ($9.9 billion). Others are DAI ($9.3 billion), Fantom ($6.6 billion), Tezos ($3.7 billion), Aave ($3.05 billion), and The Graph ($2.88 billion).

In the last couple of years, the crypto sector has opened up to various new use cases, and blockchain gaming has become one of them. This sector has grown far and wide, attracting more players every day. This is mainly because of the profits and huge rewards behind the games, giving players a feel of gaming and rewards. Various digital assets have been developed to help gamers ease into the feel of blockchain gaming. These tokens act as the main element players must possess to surge forward in their quest. Some examples of these tokens are MANA ($5.6 billion), SAND ($4.5 billion), AXS (4.5 billion), GALA ($2.4 billion), ENJ ($2 billion), and BORA ($830 million). Others include WAX ($801 million), CHR ($422 million), UOS($374 million) and ALICE ($354 million).

Meme coins entered the crypto sector not so long ago. What started as a joke-making jest of Bitcoin has seen the rise and birth of other tokens of the same family. The first-ever meme coin, Dogecoin, entered the market in 2013. Since then, there has been a massive rise in these tokens in the sector. Aside from being very volatile, these tokens take solace because they can build a massive community of followers. Other than that, they have enjoyed massive promotions from influential figures worldwide. A list of the top Meme tokens includes Dogecoin ($20 billion), Shiba Inu ($16 billion), Dogelon Mars ($742 million), samoyedcoin ($101 million), MonaCoin ($72 million), and Hoge Finance ($53 million). Others are ERC20 ($33 million), DogeBonk ($28 million), Banano ($23 million), and Doge Dash ($22 million).

The Internet of Things sector of the crypto market has been present for a long time. Even though they do not have the popularity of the other sectors, they have seen adoption. The internet of things ecosystem is mainly concerned with connecting various smart devices. In turn, they use the native token of the various blockchain that they run on to exchange data and information. A list of the IoT tokens in the sector includes VeChain ($5 billion), Helium ($3.7 billion), IOTA ($3 billion), IoTeX ($1 billion), and IOST ($534 billion). Others include DigiByte ($436 million), Fetch.ai ($376 million), and NKN ($219 million).

The non-fungible token sector of the crypto market exploded last year as major players entered the sector to buy rare art pieces. After taking over the market by storm last year, the sector would build on that in 2022. Generally, NFTs are rare pieces of art available on the blockchain. These art pieces sell as high as 0.9 ETH for the smallest. Beeple made history in the sector after selling his art for about $69 million in the early part of last year. A list of the tokens in the sector includes AXS ($241 million), FLOW ($54 million), GALA ($431 million), ENJ ($207 million), CHZ ($130 million), and ROSE ($178 million).

The crypto market has continued to make its mark in the financial sector due to the rise in these tokens’ prices. With more players entering the respective sectors, the sector should continue going higher. However, traders must diversify their portfolios to edge in case of a loss. One most important aspect is carrying out in-depth research before buying any digital asset. This will provide traders with major insight into the performance and the future of the coin they are planning to purchase.

Ark 21Shares Bitcoin ETF Rejected by the SEC Once Again

UK’s FCA Gives Regulatory Approval To Crypto Firms But Only A Few, Here’s Why