Jim Cramer said on Monday that given the technical outlook of both Bitcoin and Ethereum, it “might be too late to sell” urging investors to “consider buying.”

The brutal sell-off that saw Bitcoin (BTC) and Ethereum (ETH) plummet more than 50% from their all-time highs may be over, according to CNBC’s Jim Cramer.

On Monday, the “Mad Money” host delved into the technical outlook of the two cryptocurrencies.

He highlighted  Tom DeMark’s analysis on price rallies and sell-off patterns to conclude that the selling that decimated cryptocurrencies these past few weeks could be about to end, if not already hit exhaustion levels.

“When the charts, as interpreted by Tom DeMark, say that both Bitcoin and Ethereum could be looking at downside trend exhaustion bottoms this week, if not today, I think you need to take him seriously,” he noted.

Using DeMark’s analysis pattern shows that Bitcoin’s last major tumble in April-June of last year bears a similarity to this month’s drawdown. On that major leg down in 2021, BTC price fell a cumulative 55.89%, before a parabolic rally that saw it hit a new peak above $69,000.

Cramer pointed to the analyst’s chart showing the drawdown form that ATH bears a similar projection. According to the investor, “there’s a good chance that history continues to repeat itself.” In this case, he believes there is the potential for a fresh rally for BTC.

The chart also shows that Bitcoin’s price decay has pushed through 11 of the 13 sell-off sessions on a countdown to an exhaustion bottom. It means BTC could still see two more negative closes, with a potential decline to lows of $26,355, before DeMark’s buy signal triggers. 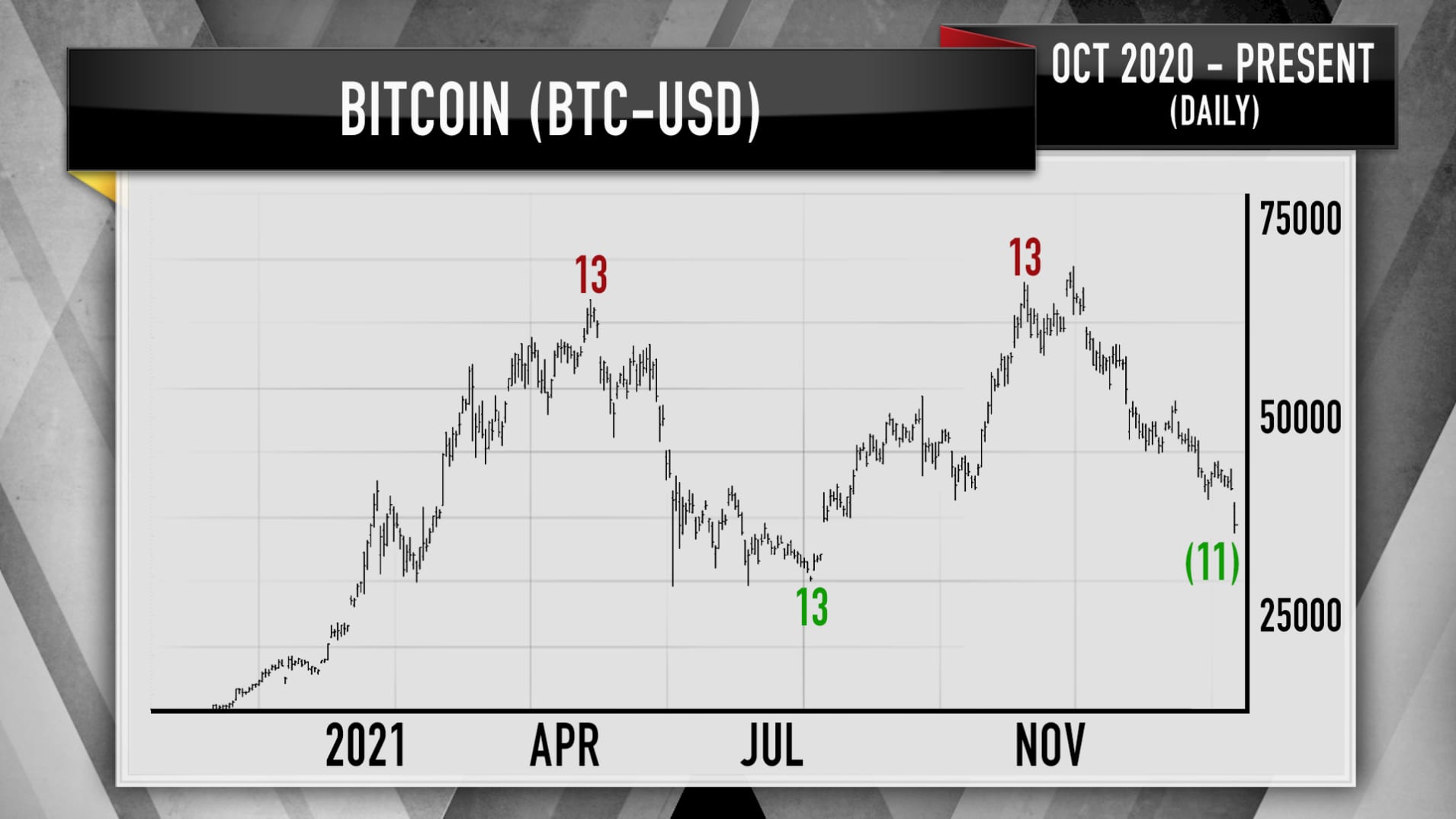 As for Ether, the native token on the Ethereum network, the chart shows the descent “has already hit 13” on DeMark’s countdown to a buy trigger. Like Bitcoin, Ethereum could also be “looking at a trend exhaustion bottom,” Cramer explained.

With the sell-off pushing ETH to lows of $2,100 this week, the “Mad Money” host thinks another leg down could briefly see ETH/USD retest the $1,859.

What does that mean for anyone looking to cash in the correction? Cramer thinks selling at this stage is not an ideal move.

“To me, that says it might be too late to sell and you need to consider buying, especially if we get a final leg down,” he said.

Bitcoin currently trades around $36,349 after a sharp recovery overnight that included a 10% jump to intraday highs of $37,475. Ethereum is also up in intraday moves, currently hugging the $2,420 level after testing lows of $2,180.

Ethereum Price Remains Constricted, Can It Move Above $1,900?

Genesis CEO to Exit Position as Company Axes 20% of its Workforce: Report